When a developer builds anything from a sidewalk to a stormwater catchment system, there are standards put in place by municipalities by way of codes or ordinances. These engineering guidelines protect residents from unsafe practices that could damage property or affect quality of life.

Arlington, a North Texas city of nearly 400,000 residents, expanded the reach of its standard details in 2016 to include the installation of backflow preventer assemblies immediately following the water meter. These changes to local law, and the motivations behind them, served as a template for other communities and their utility deployment, both in Texas and around the country.

Backflow assemblies ensure that potentially-contaminated stormwater cannot return to the public water supply – a concept referred to as premise isolation, containment or point of supply backflow prevention. Some states like New York, New Jersey, California and Washington have moved towards mandatory premise isolation for commercial and industrial uses. At the federal level, however, no such regulations exist.

The American Water Works Association – the voice for water utility operators – addressed this need in its literature. In the preamble to the Cross-Connection Control Manual published by the Environmental Protection Agency (EPA), AWWA states, “The return of any water to the public water system after it has been used for any purpose on the customer’s premises or within the customer’s piping system is unacceptable and opposed by AWWA.”

While this may seem like an overstatement of the obvious, it exists because backflow exists and can have dire, even deadly consequences. 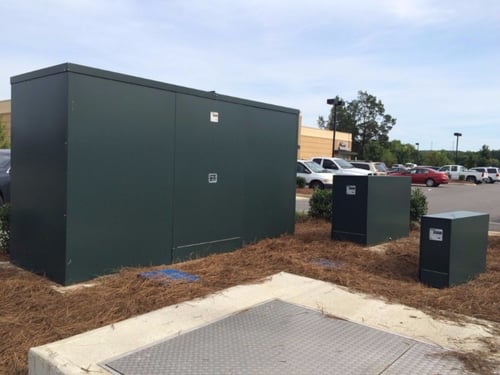 New buildings are not our concern. Local plumbing authorities rigorously monitor all new construction projects. A permit to occupy a building is never issued until the building passes inspection. The vast majority of plumbing authorities across America have adopted one of two plumbing codes: the Unified Plumbing Code (UPC), or the International Plumbing Code (IPC). Both these sets of code have an exemplary record of protecting individual plumbing fixtures from becoming hazards to on-site users. This point-of-use backflow protection is carefully engaged at all locations where a cross-connection might occur, such as water fountains, coffee maker connections, soda dispensers, automatic dishwashers and so on.

But what goes on after construction can be a mystery. Each day, small business owners like restaurateurs, paint and body shops, auto mechanics, car washes, pet groomers and others, in the interest of improving some process, make small, uninformed changes to their plumbing on their own. Many of these changes unintentionally create cross-connections with the drain system.

Arlington had many motivations for implementing these new standards:

Since making these updates to building code, Arlington and local builders alike have been pleased with the new guidelines. What makes it so easy is that, during the planning process, builders can simply write these exact details into the plans, getting rid of guesswork and contributing to the safety of the city’s water supply.

This article has been re-published with permission from The City of Arlington, TX. It has been updated and revised for readability and accuracy.