We've said it before - your equipment is special, your enclosure should be too. It is important to make an informed and careful decision when it comes to backflow covers. Backflow assemblies are key pieces of equipment which keep your drinking water clean. They need to be protected from theft, accidents, and vandals as well as below freezing temperatures and standing water. A proper backflow enclosure solves all these problems if you choose wisely. Here is the ultimate list of backflow preventer enclosure fails. 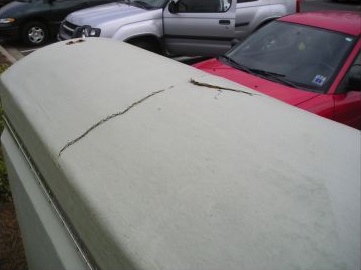 This fiberglass enclosure can't provide much protection if the roof is cracking open like this. Fiberglass backflow covers are susceptible to what is commonly called fiber bloom and are inevitably damaged by UV rays from the sun. There is no getting around this problem and they eventually must be replaced. 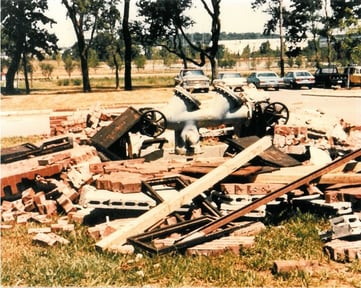 You may be surprised to hear that this backflow preventer box made of brick actually exploded. It was not constructed with the equipment inside in mind. It housed a reduced pressure zone assembly. These are designed to dump water during their normal use, and when they fail, they can release up to 500 gallons of water per minute. This brick house had no drainage system and it filled up until the pressure was too much and it blew apart. 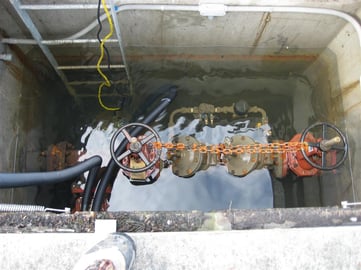 This isn't an enclosure, obviously, but it's certainly a fail. Unfortunately, vaults flood all the time and it's a big hassle to get the water and slimy sediment out of them. It's imperative to do so because the standing water can create a cross connection through the test cocks on the backflow valve assembly itself. This can contaminate the water system and defeats the purpose of having one in the first place. It is time to THINK OUTSIDE THE VAULT!

This time the fiberglass backflow enclosure did not even live long enough to be damaged by the sun. Instead, it fell to the repeated use of a weed eater for trimming the landscaping surrounding it. You've got to be able to maintain the aesthetics surrounding your building, so you should probably get an enclosure that won't be ruined so easily.

We certainly aren't knocking this designer's choice of backflow preventer cover, but the original decision was apparently not quite good enough. In this case, the backflow preventer originally required at this car dealership was a double check valve assembly. However, things changed and they needed a reduced pressure zone valve instead. These retrofits happen more and more often as municipalities update their requirements and more RPZs are necessary.

Once again we see a fiberglass cover that has not stood the test of time. This time the insulation inside which keeps the equipment safe from freezing has started to rot away. It appears that fiberglass enclosures can be damaged in a variety of ways from the sun to dampness. You can read all about fiberglass backflow covers here. 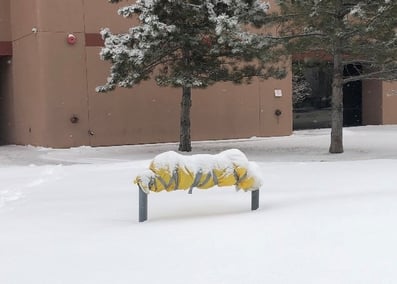 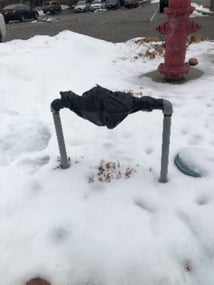 You might be surprised to know that lots municipalities in cold weather climates DO NOT require freeze protection on their outdoor installations (I’m talking to you, Colorado!).  All of these valves were “supposed” to be removed for winterization, but unfortunately they were forgotten.  How many of these valves must be replaced each year because they were overlooked during winterization?  How much of your tax money goes to needless backflow preventer replacements? 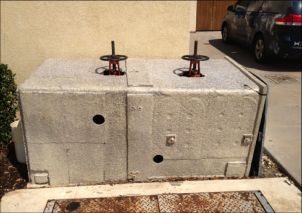 Now you've seen it all. Pictured above is actually a fiberglass shower enclosure. It should go without saying that no one should ever try to use a shower enclosure as a backflow preventer cover, but we guess that stranger things have happened.

Choose the best backflow preventer enclosure for your needs. Make sure it can withstand the elements, last as long as you need it, and protects the equipment inside.