History of Backflow Prevention: One of the first documented cases

As long as there have been plumbing systems, there have been backflow incidents.  One such occurrence had an eerie similarity to our world today.  You might think that suppressing medical information and trying to keep a national health scare a secret is only from current events.  But that is exactly what happened back in 1933 with one of the first documented backflow incidents. The World’s Fair was in Chicago touting “A Century of Progress” and people from all over the world came to visit the fair and see the rapidly growing metropolis of Chicago.

Unfortunately, city planners had long ago given up on quality plumbing practices.  The city’s water mains and sewage system were grossly undersized and poorly designed to handle the rapid growth, not to mention the additional visitors for the World’s Fair. Two of the main hotels used to house the World’s Fair visitors had cross connections that badly contaminated the water supply.

The water was tainted with Amoebic Dysentery and infected nearly every occupant of the 2 hotels. Stop me when this sounds familiar, but Amoebic Dysentery has an incubation period of 12-30 days, so symptoms and sickness did not show up until the visitors had returned to their homes. Even when the first wave of affected residents started pouring into area hospitals, the local government tried desperately to suppress the sickness because there was still 3 months of the Fair remaining, and they didn’t want to scare away potential tourists.

There were nearly 100 deaths and over 700 documented cases spread over 206 cities in the US, and over 1,000 additional cases in the city of Chicago, all traced back to the water supply of the 2 hotels. Given the timeframe and lack of information sharing, it’s safe to say those numbers were only a fraction of the actual injuries resulting from those cross connections.

Protecting the water supply is as important today as it’s always been. Fortunately, plumbing systems must meet the guidelines of the Safe Drinking Water Act, EPA plumbing codes and best practices in today’s society. Backflow preventers are our first line of defense against deadly cross connections, and even though they aren’t enforced everywhere in the US, we are constantly educating and improving our plumbing systems to prevent these events. 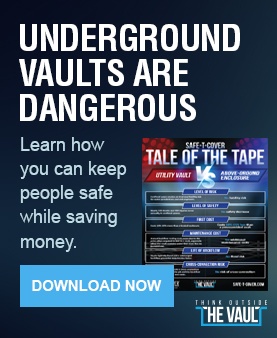